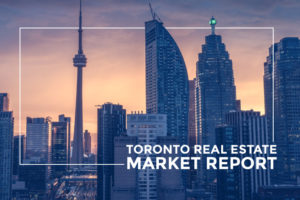 Toronto Regional Real Estate Board President Lisa Patel announces that Greater Toronto Area REALTORS® reported 11,081 sales through TRREB’s MLS® System in July 2020 – a 29.5 per cent increase over July 2019 and a new record for the month of July. On a preliminary seasonally adjusted basis, sales were up by 49.5 per cent compared to June 2020.

Year-over-year sales growth was driven by low-rise home types, particularly in the regions surrounding the City of Toronto. However, condominium apartment sales were also up on an annual basis, including in Toronto. Total new listings were also up strongly on a year-over-year basis by 24.7 per cent, but this annual growth rate was less than that of sales, which means market conditions tightened on average compared to July 2019. In addition, active listings at the end of July were down by 16.3 per cent.

“Sales activity was extremely strong for the first full month of summer. Normally we would see sales dip in July relative to June as more households take vacation, especially with children out of school. This year, however, was different with pent-up demand from the COVID-19-related lull in April and May being satisfied in the summer, as economic recovery takes firmer hold, including the Stage 3 re-opening. In addition, fewer people are travelling, which has likely translated into more transactions and listings,” said Ms. Patel.

“Competition between buyers continued to increase in many segments of the GTA ownership housing market in July, which fueled a further acceleration in year-over-year price growth in July compared to June. On top of this, we also experienced stronger sales growth in the more-expensive detached market segment, which helps explain why annual growth in the overall average selling price was stronger than growth for the MLS® HPI Composite benchmark,” said Jason Mercer, TRREB’s Chief Market Analyst.